CATSJ organized and provided events “Catalysis Park” for the biggest science communication event in Japan “Science Agora” (2009, 2011, 2013, 2015, 2017), and “CATALYSIS square” (2011, International Year of Chemistry). These events aim to encourage elementary and junior high school students, parents and the general public to deepen their understanding of catalysts through experiments/demonstrations and seminars. “Catalysis Park” was awarded with “Science Agora Award” which is given for outstanding exhibition in 2013.

CATSJ regularly holds “CATCHEM Laboratory”. In order to learn “catalysts and catalysis”, it provides fascinating experiments, demonstrations, hand-on exhibitions and seminars to elementary and junior high school students, parents and the general public. Through these outreach activities, CATSJ steadily achieved fruitful results and CATSJ was presented the Chemical Communication Award by Japan Union of Science and Technology in 2015. 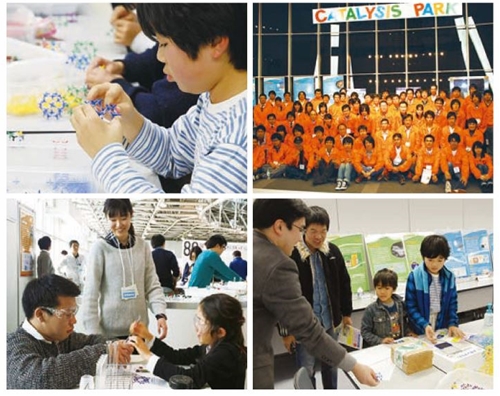 A yearbook “Annual Survey of Catalytic Science and Technologies” is an extensive overview of recent progress and activities in catalytic science and technology which includes summaries of various activities of the CATSJ research divisions and local branches. The 2012 edition is available in English. The 2017 edition was published in Chinese.

Catalyst Handbook consists of contributions from the most active 200 researchers and engineers of Japan and it is the most reliable reference book covering important information on all aspects of catalysis, as well as analytical methods and techniques, and industrial processes.

A History of Industrial Catalysts in Japan was compiled by the CATSJ in order to record the history of industrial catalysts in Japan. This book features researchers and engineers who made significant contributions to the development and the commercialization of industrial catalysts. It also offers scholarly comments and reviews from leading researchers in major fields of catalysis sciences.

Very Basic of Industrial Catalysts provides the best introduction to both basic and applied technology of industrial catalysts essential in current industrial society.

The Easiest Way to Understanding Catalyst and Catalysis Science is a general introduction to “catalyst and catalysis” and targeted at high school students, vocational college students, university students, and general citizens. 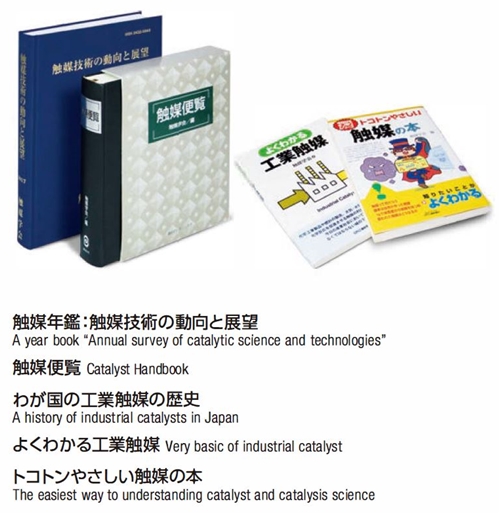 Application for Coorganizer and Cosponsorship

If you want to apply for Coorganizer or Cosponsorship, please contact the Office via Email (catsj@pb3.so-net.ne.jp)